General tips to optimize the forceps sharpening were discussed. The main aims were to know how we can maximize the technical use of forceps for dissections, while minimizing the risk of damage:

Never touch the inside part of the forcep, otherwise it will make more difficult to grab the samples

Always adjust the sharpness / thickness of the forcep to the kind of samples you are dealing with (e.g. to dissect 1st instar larval brains you need very sharp forceps, while to dissect the gut you probably don’t)

Note that the more sharp, the bigger the chances of bending the tips of the forcep, so please try to keep a good balance between sharpness and robustness

If for some reason the tip(s) of the forcep bend, do not try to straighten it without the aid of a proper tool, otherwise it will probably break (http://www.finescience.ca/Special­Pages/Products.aspx?ProductId=154)

The sharpening must not be continuous, it should be gentle and done on successive tries (sharpen the forcep on the stone once ­ stop and open the forcep ­ close the forcep again and repeat it, successively, until you get the desired thickness)

During the sharpening it is recommended to use a drop of oil/water. This will reduce the resistance of the stone, providing a more gentle sharpening and it will also avoid the spread of dust in the air

If you need to have very sharp/thin forceps, try do it in the exact same way for both sides of the forcep, avoiding imbalances in the thickness

If at some point someone feels the need of having a specific surgical tool, Christen suggested to have a look on http://www.finescience.com/ and discuss with her the possibility on buying it

Some basic notions about the fly genetics and the main aspects that determine the powerfulness of Drosophila as a model organism were reviewed and discussed. A basic genetic cross was also schematized in order to better explain some of the aspects discussed.

Usually are dominant mutations producing visible phenotypes that allow us to follow the segregation of genes / chromosomes of interest (there are also recessive markers, which can be really useful during some genetic crosses)

Recessive deleterious mutations, so that we easily maintain several generations of heterozygous flies carrying the mutations and/or transgenes of interest

The balancers, with the exception of the inversions and the consequent breakpoints (that may affect the normal expression of genes in those breakpoints), carry essentially the same genetic information as the WT chromosomes. For this reason they are able to rescue most of the lethal mutations of interest (the rescue is not possible only if the gene affected by the breakpoint is exactly the same as the mutant allele

More useful information in the Rich doc Christen sent us or on BDSC http://flystocks.bio.indiana.edu/Browse/balancers/balancer_intro.htm

Workshop about techniques available to generate genetic clones/mosaics in Drosophila 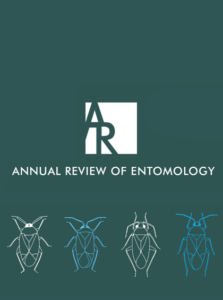 Growing Up in a Changing World: Environmental Regulation of Development in Insects

Congratulations to Dr. Ansa Cobham for doing such an outstanding job completing her PhD!